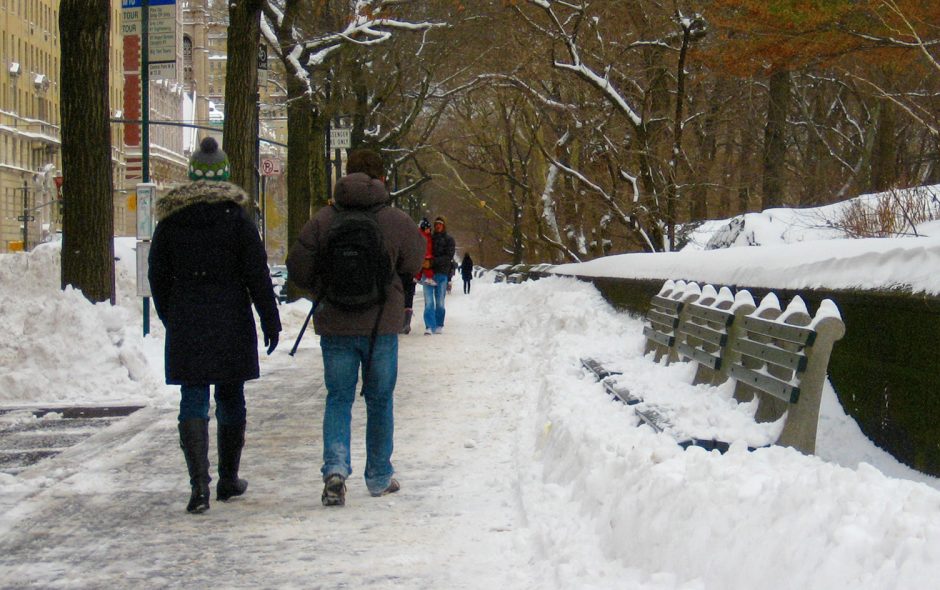 Back in the year 2001, I was in a sales position working with many Independently owned stores. In sales you build relationships with your customers and learn a lot about each other. I had a good amount stores owned or ran by families from the Middle East.

My heart ached for these people and their families. I suddenly felt uncomfortable and so did they. I didn’t think they had anything to do with terrorist organizations, but so many things were being said on the news. I felt like we just wondered what the other was thinking. Some were open to talking, and others were not. I just wanted to hug them and tell them I was sorry for what has happened and how it was going to affect their lives. The harassment and wondering eyes every time they went to get on a plane. What do you say to an acquaintance after an event like this? All I could think about is what they think of me because of what the news was saying and all they think about is what I might think about them because of what the news was saying. Unfortunately, the time for jokes and friendly banter turned into small talk and uncomfortable silence.

Everything in the news in the last year has been pretty ugly. I went to many different Christmas parties this holiday season and I knew several black people at these parties. Not best friends, but we see each other 1 to 2 times a year. This time was different. I felt uncomfortable all of a sudden for the first time ever. I felt like we just wondered what the other was thinking. What do I say to an acquaintance after what has been happening? All I could think about was what they thought of me because of what the news was saying and I’m sure all they think about is what do I think about them because of what the news is saying. Once again, the times for jokes and friendly banter back and forth turned into small talk and uncomfortable silence.

Please help me! I know the Black Lives Matter movement is very important. I understand that little has changed since last year other than a public awareness of what has always been happening. How do I regain control of the social circles that I have always known and loved? How do I move forward and relieve the tension? Where do I draw the line on what to and not to say? I’m just confused and need some guidelines on how to navigate the rough waters ahead without offending my friends.

Thanks,
The Suddenly Uncomfortable White Guy

The impact of the September 11 attacks and the deaths of 2,977 people, 12% from 57 countries, have had far-reaching effects on life in America and the world. I’m not going to lie, that morning I was as gripped with terror and anxiety as anyone else. And that’s what terrorists do: they tap into those specific emotions.

terrorist: a person who uses terrorism in the pursuit of political aims.

A wave of fear seized the country and left an extreme Us vs Them type mindset in its wake; not only the United States vs those who would do us harm, but a domestic Us vs Them as well. “Us” defined as Americans of non-Middle Eastern descent and “Them” included anyone of actual or suspected Middle Eastern descent. And to a certain extent fear is a natural human emotion, but fear of anyone or anything needs to be kept in check.

Being ignorant about a fear — forming misconceptions without facts or direct experience — is like feeding a fear steroids.

The best way to manage fear is through education and gradual exposure. If you want to get over a fear of fried calamari (I know about this one because I wouldn’t eat the stuff for years), you learn about how it’s prepared, you try it, and come to realize that it’s really quite tasty. Got a fear of jumping out of airplanes? You learn about skydiving and the necessary safety precautions skydivers take. Public speaking? Relaxation techniques or imagining the audience naked.

This sounds simplistic, but sometimes the best approach to a complicated challenge is a simple one.

SUWG, despite the trepidation you felt about people of Middle Eastern heritage brought on by the 9/11 attacks, you didn’t let that it nullify your compassion towards Middle Eastern people you knew. You took your compassion one step further: you imagined what it would be like to be in their place at the time.

Now in 2016, you find yourself in a similar situation with black business associates. What do you say to a black acquaintance after all that’s been happening? You keep it real.

I have to give you a couple of props. First, based solely on the tenor of your letter, chances are you don’t see your business acquaintances as perpetrators, ne’er-do-wells, or people deserving of police brutality or other civil injustices. And I bet your friends don’t view you as someone who endorses police brutality et cetera … unless you’ve fashioned a reputation for possible racist behavior. Second, there’s a huge pitfall you’ve avoided: a tendency to lump people into monolithic groups. 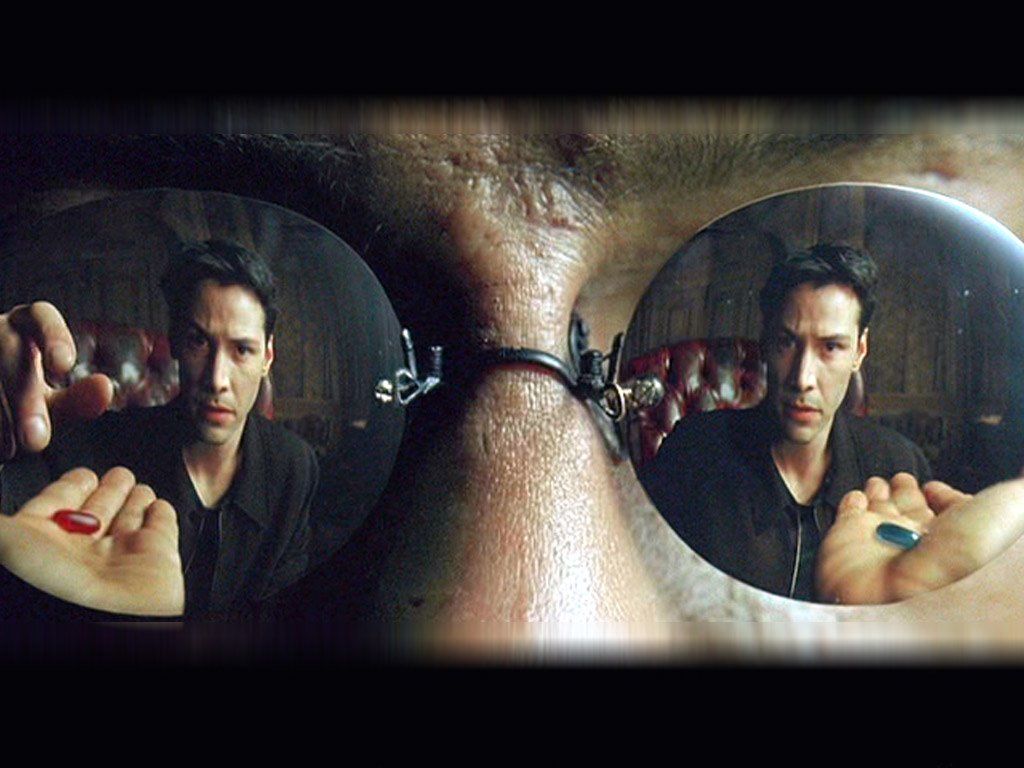 Like Neo in “The Matrix,” here’s where you choose the red pill of painful reality or the blue pill of blissful ignorance. (Since you submitted your letter, I’m going to assume that your choice is the red pill.)

To answer your question: what do you do to regain control of the social circles you’ve known and loved? You were never in control of social circles. You were moving through social circles with casual indifference to the everyday reality faced by those around you. Besides, there’s no way you can know what people are thinking about you or anything else, unless they expressly tell you their thoughts.

Hold up! I lied. You didn’t need a pill. Your heart has already shown you that we’re all equal partners in this thing called life. And at any given moment, anyone — black, white, brown, or blue — can be subject to someone else’s prejudgments and misconceptions when viewed through shortsighted lenses.

How do you move forward and relieve the tension? You know what it feels like to suspect that you are the victim of someone else’s preconceived ideas about who you are and how you think without knowing you at all. Disarm yourself by putting yourself in the other race’s shoes.

How would you like to be treated? My guess is you’d like for your humanity to be recognized and treated with care and dignity. You see, it’s not your responsibility to “control” the social circle or manage those in it. Your responsibility is to control your own behavior, conduct business as usual, and treat all those you come in contact with as equals.

If you’ve been living in the United States for any length of time, you’ve developed skills at reading nonverbal cues. Dude, you were a salesman. You know better than most how to read people. Take your lead from the person with whom you’re interacting. You know if and when it’s appropriate to broach a sensitive subject. And if the door is open, don’t barge in — wait and listen. Give the other person the opportunity to say what’s on their mind and invite you into a conversation about their reality, then join them.

Where do you draw the line? Draw the line at being sensitive to the feelings and needs of others. Don’t minimize events. Don’t display a disingenuous kindness in an attempt to hide feelings of superiority. It’s okay to tell people that you’re sorry for things that have happened, but stop there. You don’t know how things will affect their lives or them. You don’t have a crystal ball. So to foretell a bleak future is never a good idea. Like a doctor friend told me, even when he has a bad diagnosis, he never wants to take away hope from his patients.

And after all that, if you’re still unsure, remember the Golden Rule —

He who has the gold makes the rules.

So in everything, do to others what you would have them do to you, for this sums up the Law and the Prophets.
— Matthew 7:12 (New International Version)

Treat your friends like you’d like your friends to treat you and everything will be alright. Trust me on this.

Thanks for your letter,
Clay.

Leave a Reply to Becky Smith