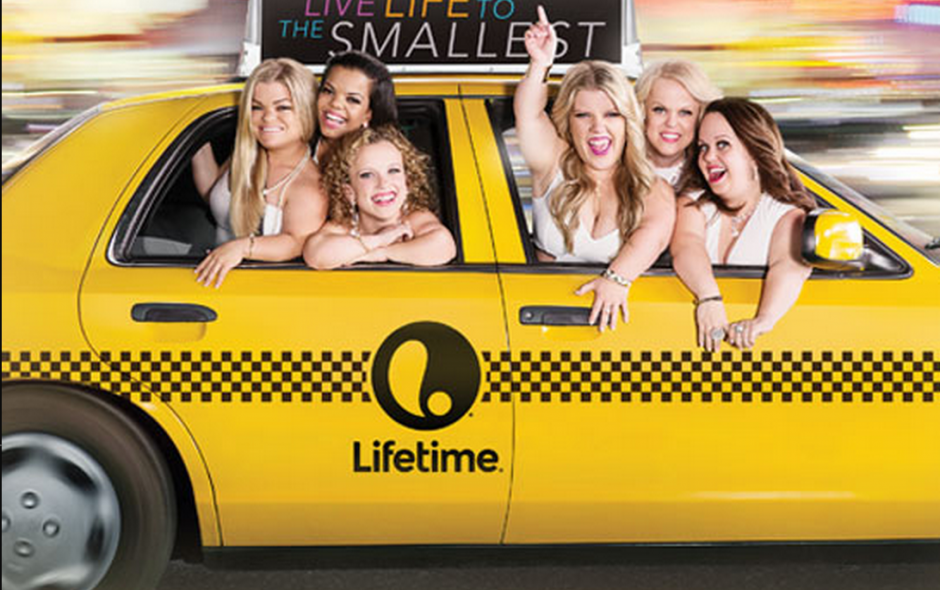 Recently there’s been a spate of shows featuring Little People—Pit Boss, The Little Couple, Little People Big World, and Little Women: LA. The majority of these series showcase in both comic and dramatic situations 1) the challenges unique to Little People, and 2) how the triumphs, hopes, and dreams of the vertically challenged are the same as those of average height.

I only tune into these shows occasionally because … well, I’m living those experiences. Been there, done most of that, and then some.

Little Women: NY is the latest offering from Lifetime to feature Little People and I confess I’m hooked, namely because three very good friends of mine from my days with the Radio City Christmas Spectacular are featured in the show. And what good friend doesn’t support other friends?

On the surface, tonight’s episode centered around conflict in the cast over Little People pursuing careers in entertainment versus non-entertainment careers. Jazmin took another step in pursuing her dream in becoming an entertainer and joined several members of the cast in a dance performance. Her husband expressed reservations about his wife presenting herself to the public in an unseemly manner. Once assured the even would be tasteful, he caved in, gave his okay, but was unable to attend the performance. Jazmin, seeking a little moral support, invited her sister-in-law Dawn (also a Little Person) to see her.

The review goes off without a hitch, but afterwards—in true reality TV form—Dawn minces no words in berating Jazmin and the others for setting perceptions about Little People back “30 years” with their performance. And from there, the show spiraled out of control.

A little background on Dawn’s point of view  For centuries the only jobs short-statured people who weren’t institutionalized (or killed at birth) could get were as court jesters, in circuses, and in side shows. Since then, short-statured individuals have fought to better their standing in society by achieving success in countless fields outside the entertainment industry.

The opposing point of view  Little People in the entertainment industry work in that industry because they choose to do so, the same as a basketball player, a chemist, a lawyer, a drummer. And success in that field, is achieved with talent, hard work, and timing. I doubt anyone would say that Peter Dinklage has sold out by performing in his films.

So here’s the thing … well several things actually … and it pains me that this bears repeating, but—

But if you dig a little deeper, tonight’s show was about self-loathing versus self-acceptance.

Granted, I don’t know Dawn. I’ve never met her. But based on what I saw on the show tonight, Dawn has limited her self-image to the point of view she thinks others hold of her, that of a Little Person. Jazmin and the others see themselves as people first, unrestricted by what other might perceive as limitations, and are free to express themselves in whatever career they choose.

We’re all called to be who God created us to be, but we all have things about ourselves that we must overcome. Some people’s things are just a bit more obvious than others. Our duty is to discover who we’re called to be and live toward that goal with the utmost conviction. If only everyone could see past their challenges and live out their purpose boldly, the world might be a little bit more enjoyable.

10 thoughts on “Self-Loathing versus Self-Acceptance”