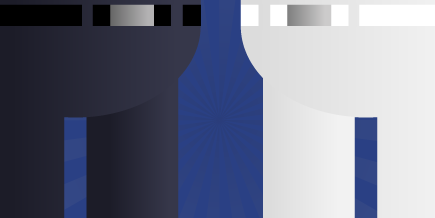 It’s not so much that I, as a black man, am chomping at the bit to talk about racism with white people, but if asked about it, I’m eager to share my thoughts. I recently posted a couple of articles to my Facebook page on race relations in America and racism to offer a different point of view and several thoughtful discussions took place on my page.

Over the past three months, at least a dozen of my white friends have sought my opinion on the subject of racism and we’ve engaged in serious discussion on the topic away from my Facebook wall. What follows are a few working concepts that seemed to shed a little light on racism from my point of view for my friends.

In order for two Americans of different ethnicities to talk about racism, two prerequisites have to be put into practice—

—without these two conventions, even with the best intentions, the conversation will invariably morph into a shouting match with one person feeling marginalized and the other personally attacked.

What is a racist? A racist is a person who believes that a particular race is superior to another. It’s a free world and people can believe whatever they want. There are, however, two other elements that make racists problematic. Prejudice, a preconceived opinion that is not based on reason or actual experience. The other element is discrimination, the unjust or prejudicial treatment of different categories of people.

Racism  When black people use the term “racism” we are usually referring to either institutional racism or personal brushes with racism. The concept of institutional racism does not infer the existence of a cadre of shadow individuals who plot and scheme to keep minorities under foot; it refers to the way situations unfold that consistently show a preference for whites; i.e. better service for white customers, better rates at banks for white clients, smaller sentencing penalties in the justice system for whites, etc.

Most of us can agree that racism exists and that there are people living within the United States who still hold racist beliefs in all walks of life. While it’s gauche for closet racists to voice their preferences in public, rest assured those opinions are shared in backrooms with like-minded individuals. And their racial preferences are executed publicly in subtle and not so subtle ways. To my white readers, I’m sure you’ve heard disparaging comments or jokes made at the expense of people of color or even seen actions perpetrated against people of color that made you wince. To say the least, to be on the receiving end of such indignities is … no picnic.

“But laws have been passed.” Yes, legislation has been passed that sets the standard for public behavior, but laws do little to change people’s hearts. Sometimes laws drive hold-outs of the old behavior underground or they make their racist behavior far more subtle. This racial preference for whites and against people of color is institutional racism.

One element that makes the discussion of race difficult is that some white people can’t entertain the idea that a black person’s firsthand experience is valid and real because it’s total different from their own.

Earlier this year, I spoke seriously about race with a very good friend of mine who’s as far removed from the racial tension seen on TV as a person can be. His lifestyle is what anyone would refer to as upper middle class. He has an open mind and based on our thirty-one year friendship filled with good times, bad times, tears, laughs, failures, and triumphs, I can say this guy is no racist. I’ve been the Jiminy Cricket to his Pinocchio on many matters, and we deeply love one another. But a few days after our first in-depth conversation on race relations in America, he let me know that while I made no implied or direct accusation that he was a racist, he felt personally attacked.

This has been a common response from most of the white males I’ve spoken with about racism. The discussion of racism or how it’s manifested by actual racists is neither an accusation of being racist, nor is it a personal attack. What most blacks are communicating are their own first-hand encounters with racism.

Here’s an analogy for those who feel that America has rid itself of abject racism: snow.

Imagine if you lived your entire life in a tropical climate and you’ve never seen, heard of, or experienced snow. One day someone who’s lived in an arctic climate tries to explain to you the concept of snow, blizzards, and all that comes with winter. Your lack of experience with snow does not negate the existence of snow, the need for winter clothing, snow drifts, etc. In order to entertain the notion of snow, you have to first concede that the world as you know and have experienced it is not the only way the world can exist.

This leads to another reason it’s hard for some white people to talk about race related matters. To engage in chat with someone black about the subject causes them to take a look at themselves and wonder, “Do they think I’m a racist? Am I a racist? Have I ever done that?” If anyone can ask that question of him- or herself, chances are they’re not a practicing racist. The more important question they should ask is: have I ever unwittingly done that? Chances are the answer to that question is yes. Everyone has some degree racist tendencies. Eve-ry-one. But the vast majority of people I know and the majority of people in our society choose dial down those tendencies as far as possible and not let them cloud their world view.

And for the record, racism is an equal opportunity offender. Not all blacks are thugs, drug dealers, or welfare queens. And not all whites are racists, trigger happy cops, or rednecks. There are bad and good in both races. And to those white guys and gals who have been directly accused of being racists because of the color of their skin, I sympathize with you, and offer this sentiment as a badge of honor: “welcome to the club.” Blacks get judged every day on the color of their skin.

One guy I discussed this with thought he was dubbed a racist because he wanted to pull his kids out of an overcrowded school and put them in a less populated school with a lower teacher-student ratio. I assured him that his desire for his kids to get a good education in a smaller school was not inherently racist. I know plenty of non-white parents who love their kids just as much he does and would do the same thing for their kids. Some have the means to make that longing a reality, others do not. But I cautioned him though that if he moved his daughters because he loathed minorities, then his reasoning is patently racist.

One friend commented that he didn’t have a silver bullet to solve America’s issues with racism. I corrected him by saying, “You’re right, you don’t have ‘a’ silver bullet. As a white guy in America, you have three silver bullets.

Silver bullet #1: Don’t laugh at that racist joke or disparaging comment. Instead call the would-be stand-up artist out on their racism.

Silver bullet #2: Call out folks on racist behavior when you see it. Silence gives consent.

Silver bullet #3: Actively listen when the discussion of race comes up (or you read an article that makes you fidgety) or you meet someone who’s personal experience is different from your own. Remember: their life experience does not negate your life experience or make you a racist.

So why do I talk about racism with white people?

Like statesman Edmund Burke said, “the only thing necessary for the triumph of evil is for good men to do nothing.” While I do consider racism evil at its core, I do not consider myself especially good, but I do have a blog.

Thanks for stopping by.

12 thoughts on “How I Talk to White People About Racism”