The death of Robin Williams resonates with me for a number of reasons. First and foremost because I have dealt with depression. And while I was never moved to the point to take my own life, I can say were it not for close caring friends and the help of a really good therapist, there but for the grace of God go I.

For those who have not experienced depression, consider yourselves fortunate. Depression is an insidious slippery slope that can sometimes lead to an inescapable well of hopelessness.

Given the tragic end to Robin Williams’ brilliant life and comic genius, I thought I’d share a few thoughts that I won’t say are sure-fire ways to beat depression, but they’re definitely tried and tested steps that worked for me.

As a 48-inch tall, African American, Christian, gay male, I know a thing or two about facing challenges. (For that matter, we’re all struggling with something—food, anger, self-perception, sex, drugs, you get the picture—it just so happens that some folks issues are a bit more visual, shall we say, than others. So don’t go getting all judgmental.) In my book, Walking Tall: A Memoir About the Upside of Small and Other Stuff, I take readers for a whirlwind tour of my journey to self-acceptance as I show how I define self-worth in a world that defines value based on stature, physical perfection, and race.

1. Flowing With The Go. The most profound opportunities for personal growth and change never show up on your doorstep neatly wrapped with a big red bow and tagged as “The Best Thing You Could Ever Hope For Is Inside.” More often than not, the circumstances that will allow you to kick your quality of life up a notch or two typically barge on the scene when you least expect it disguised as a major setback whose sole purpose is to turn your world as you know it upside down. (Chapter 3)

2. No Masks Allowed. So many people throughout history have said, “be yourself.” You know why? There’s something to it. When I worked at Walt Disney World as Donald Duck, the Walt Disney Company supplied me with a costume to mask my identity from the tourists I came in contact with in the Magic Kingdom. To shield my identity from the people I encountered elsewhere, I moved through life with a well-crafted game face that presented the persona of a guy who had his act together. Let me share something with you that took me years to figure out: the only time it’s a good idea to assume someone else’s identity is when you’re paid to do so. In the real world, nobody likes a phony. If you’re parading through life pretending to be anyone other than who you really are—stop it. You’re not fooling anyone. (Chapter 5, Chapter 12)

3. To Thine Own Self Be You. Everyone has strengths. Everyone has weaknesses. The trick is to discover your own fortes and foibles, own them—all of them, and make them work for you. Unless you’re living in a cave, the rest of the world is already aware of your traits. Denying your true identity is a lot like walking into a party with a parrot on your shoulder and pretending it’s not there. You know it’s there and everyone else in the room can see it. But instead of having a great time catching up with your friends, your time is preoccupied with denying the existence of the fine feathered friend perched on your shoulder. (Chapter 13, Chapter 15)

Choosing to live authentically by changing your perception about yourself and others is the easy part, but making the commitment—like any other life change—takes time and real effort. Some days you’ll make real strides and others you’ll have set backs, but living out from under layers of guilt, unrealistic expectations, and unresolved matters can lead to a newfound ability to enjoy yourself and those around you in a richer, more meaningful way. Walk tall and see how the world responds to you. See how you respond. 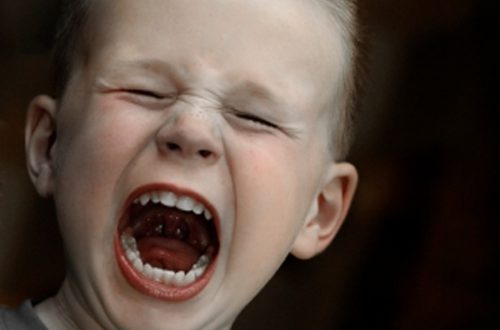