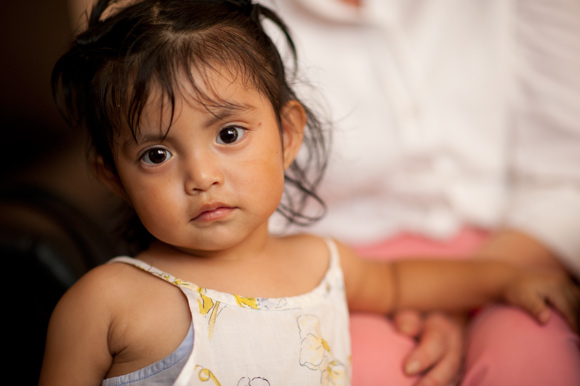 The most challenging thing about being Donald Duck was that it was the only costume people my height were approved to do. Knowing there was no variety costumes worn and that everyday neverending throngs of adoring fans awaited their favorite Duck made it hard for me to go in and face the day. On many a day.

My coworkers could come in perform as Good in the morning, switch to the lesser known Sheriff of Nottingham later in the day, hop into one of the Country Bears for the parade, and end the day terrorizing Guests as Captain Hook. They could potentially have a whole day in costumed obscurity.

But being a Duck had one advantage over all the other Characters and that was in the area of trips. All Characters of permanent status were rotated through trips that fell within their height range and the demand for those Characters. And since there were only four people who played Donald Duck at the time and the demand for Donald Duck was high, our rotation was a lotquicker than that of the Goofys. And we were unapologetic for that fact.

“Oh, you’re doing Mr. Smee today? Enjoy that. I’m going to Chicago, Amsterdam, and Atlanta this year. You won’t get to bid on a trip till next year, you say? Hm, sucks to be you!”

The first trip offered to me was to Guatemala City for seven days, with three appearances. It was my first trip out of the country. My dislike of the job waned immediately.

Every Walt Disney World trip that involved Characters, included visits to hospitals. On our trip we visited the largest orphanage-hospital in Guatemala. Our van coasted alongside a large courtyard, bordered by a simple eighteen inch high, pale yellow wall. At least two hundred children sat motionless along the wall.

As we made our way into the orphanage via a side entrance, I was dumbstruck by the conditions. I knew that the lifestyle we, as Americans, experience was not typical to the rest of the globe, but to see the abject poverty firsthand was a reality check. I had been in veterinary offices that were in better condition. That’s not to say that the staff didn’t take pride in their surroundings. On the contrary, they did the best with what was available to them.

My friends and I transformed from American tourists to Mickey Mouse, Donald Duck, and Goofy in a small office and were greeted with Spanish oohs and ahs.

Our hosts led us out to the courtyard, where each of us went in different directions so we could all work the courtyard at the same time. At that point, I had been performing as Donald Duck long enough to become well-acquainted with the costume, and had long since lost my initial Frankenstein walk. I strode around the courtyard like the cock of the walk. Yes, my portrayal of Donald Duck had swagger.

One of the nurses accompanied me and I barely heard her say to Donald “these are the deaf children” as we approached them. Since I wasn’t allowed to speak in costume, that bit of information didn’t affect my interaction with the kids a great deal. The closer I got to the children, the more I could see that the children’s clothes were a little worn from wear, but they were nonetheless clean.

Like kids in the Magic Kingdom, a few of them were moved give a hug, but it was a different kind of hug. Each one of them held on for dear life. Judging from some of their reactions, meeting Donald Duck was the best thing to happen to them in a long time. I continued my way down the line. A few of the children were withdrawn, and with those kids I took more time and managed to coax a smile out of them. Meeting all the kids along that wall of the courtyard took about thirty minutes. I was in no hurry and made sure to greet each and every one of them.

Again the nurse bent over and whispered into where Donald’s ear would be, “These are the crippled children.” I appreciated her care in forewarning me, but I could see the children in wheelchairs lined up against the wall. I gave a big wave to all the kids waiting along the wall as if to say “I know you’ve been waiting. I’m on my way to see you!” I had to be careful not to step on toes or accidentally kick a child. Child after child was elated.

After I completed the receiving line, the nurse led me to the third and final wall of the courtyard. Again, she bent over and spoke to Donald, “These are the blind children.” That bit of information threw me for a loop. An integral part of a Character experience was visual.

I moved towards the children. I heard the nurse introduce me in Spanish to the first child and she slipped my hand, enveloped in the padded Donald Duck glove, into the first child’s hand. A smile crept over the little girl’s face. The nurse guided the little girl’s hand as she touched my silky smooth spandex sailor jacket. Her hands made their way to the four gigantic plastic buttons and the bow tie on the front of the sailor jacket. The little girl giggled. And as her hands moved to Donald’s face, she touched the bill and squealed in delight. I watched as she put all the pieces of the puzzle together that her fingertips revealed to her and her picture was complete. She laughed a hearty laugh and hugged me as if I were a long-lost grade school friend.

I hugged her back with every fiber of my being screaming, “Oh, how I love you! And wish I could take you away from all this!” The nurse uttered a few words to my newfound friend in Spanish. I guessed that she explained that Donald had to meet the other children. The little girl and I squeezed each other tight as if to say good-bye.

This vignette was repeated again and again. Other kids got to feel Donald’s very round but furry body, and were delighted to find the fluffy tail at the rear.

Alan, our supervisor, came over to me and pulled me aside. “Are you okay?” he asked. He wanted to know if I needed to take a break, but I had to answer in Character-speak. I nodded my head vigorously and rubbed my palms together to convey that I was ready for more.

“Are you sure? You’ve been out here for an hour. And we’re five thousand feet above sea level,” he said. I appreciated his concern, but it would have been more of an inconvenience for all concerned if we retreated to that office only to catch a breath of fresh air for a couple of minutes. Besides, I was in no condition to say anything to anyone. Tears were streaming down my cheeks. My mind was busy sorting through how unfair the world was to have this many kids discarded like trash to live in these conditions. Children. I turned my emotions off and focused on the task at hand.

I dismissed both Alan and his comment by shooing him away in an exaggerated manner. I placed my right hand at the top of Donald’s right eye and slowly looked from one end of the courtyard to the other, and motioned for my supervisor to bring on more kids.

“Okay, okay. I was just asking. The other two are all right, too,” Alan added as he headed toward the main building.

I was keenly aware that all the kids who could see had their eyes on me at that moment. Always the showman, I rushed behind Alan and pushed him forward into Mickey and Goofy. The sighted kids laughed out loud.

I didn’t know it at the time, but their world of inequities resonated within me. The unfairness of having a father who was emotionally unavailable to me and routinely receiving unwarranted stares from strangers were things I rarely thought about. The similarities in the orphans’ inability to effect a change in their living conditions mirrored my own helplessness in getting my father and certain members of the general public to accept me. The analogy was too great for me to recognize at the time, all I knew was that I was a cauldron of emotions.

For our efforts, the children showed their gratitude in a way more meaningful than I ever knew possible — a smile. When our visit with the children ended, we changed into our street clothes, and the nurse informed us that that day was the first time many of the children had smiled in months.

It wasn’t apparent to me then, but that morning at the Guatemalan orphanage awakened something inside me: a capacity to care about children with a sense of empathy. I learned that I had a responsibility to deliver a performance of Donald Duck that was as true to any animated short or feature ever produced by The Walt Disney Studios. That morning I learned what a unique position I had been given and the power that was at my disposal.

The above is an excerpt from Walking Tall: A Memoir About the Upside of Small and Other Stuff, available in print, and for Kindle, Nook, and iPad.