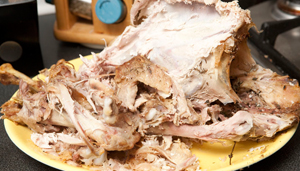 Now that two major events of the fall have passed (Thanksgiving and the lighting of the Rockefeller Center Christmas tree), I can say that the holidays are in full swing. Unfortunately, I’m unable to say the same about the total number of written blog posts for this time of year. Nothing’s swinging there, no movement at all. One reason for my sedentary post numbers is that I’m not in New York this fall. The other is that I’ve been toiling over a hot MacBook Pro working on my next book, The Raindancer. 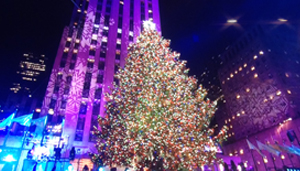 The writing style for this book is a departure from my usual cheeky regaling of firsthand experiences. Just about everything you’ve read of mine so far has been non-fiction. The Raindancer, an inspired by real events tome, requires that I take the essence of real-life situations and populate them with fictitious characters in imagined settings and still have them read as plausible to the reader.

How am I doing that?

I sat at my keyboard ready to let the thoughts in my head flow freely from my fingertips to my keyboard and. . .nada. Nix. Ne rien. This wasn’t like telling about the time I stood waiting on a subway platform at 2:00 a.m. with one of New York’s seedier denizens lurking around. I had to put my main character in a specific place and time and have him realistically experience things in a fictional setting.

That’s my challenge. I have to create as opposed to recall events.

This isn’t so bad, as sometimes I can swap out an interest in marching band with an interest in theater (since I know about that and it won’t change the direction of the story). The real fun comes in when I have to write about I have no experience with, like motorcycles. I can’t fake my way through that because anyone familiar with motorcycles will see right through my writing. I can’t swap out that hobby with something about which I have a working knowledge, like knitting. It won’t fly. Everything I know about motorcycles can fit on the head of a pin.

So in instances like that, I have to interview people, people who have a working knowledge and appreciation of motorcycles. Pity I don’t like talking one on one to people, right?

Typically, I prepare my questions in advance, thinking of the entire book and what specific information will I need to glean from the interviewee(s). We get together, I tell them exactly what the book is about so that there’s no misinterpretation as to what’s going on, and we start in. It’s like being Arsenio Hall with a celebrity guest, but without the set, the audience, the lights, the band, and the big check. It is however way more fun than Mr. Hall’s job, I’m sure.

I have a personal relationship with 90% of the people I’ve interviewed thus far, so that gives us both a certain level of trust which puts us both at ease. Each and everyone of my subjects has answered every question asked of them, but they’ve also given me a lot of background on what else was going on in their lives at that time. And more often than not it’s not all rainbows and butterflies. It’s the nitty-gritty parts of life. It’s been the writers dream of getting for character development.

In the beginning, I thought I could conduct these interviews and rely on taking notes during the session to catch all the relevant information.

Because these people are friends of mine, they’re sharing things with me that are personal. Things I’ve never known, so of course, I’m going to be engrossed in what they’re telling me. Can you imagine taking notes while catching up with someone you haven’t seen in a few years? Yeah, it doesn’t make for total recall.

Thank you, Steve Jobs, for putting a voice recorder into every iPhone. Now I whip out my iPhone and record the interviews.

After a couple of days I listen the recording and cherry-pick all the stuff I need for the book. Then I mull over where all this raw information is going to go and how I’ll disguise it as fiction, and finally start weaving it loosely into the first draft.

Easy, huh? (That was abject sarcasm at its finest.)

I never thought it’d be easy, but it’s more challenging than I thought. Ergo, the delayed timeline. The cool thing is that every step of the way, the people I’ve needed to to interview have popped up at exactly the right time I’ve needed them. And they’ve all been more than eager to help out.

I hoped to have the first draft done by the end of the year, but it doesn’t look like that’s going to happen. And that’s okay. I’m dedicated to this project and believe that this book has the potential to change a lot of people’s lives for the better. I’m sure of it.

So while my butt is in Orlando and a part of my heart is still in New York; I’m pouring the rest of myself into this book and spending long-awaited quality time with my family and friends.