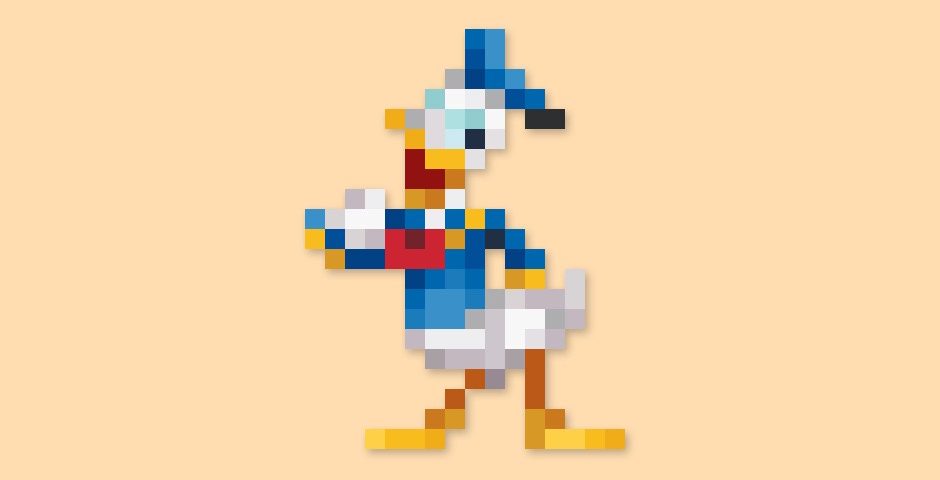 In this installment, I’m unpacking the story behind establishing a “proper” balance between work and reaching one of my life’s goals in a show-stopping manner. Enjoy!

Three years into my tenure as Donald Duck, I realized that I didn’t want to be a costumed character for the rest of my life, so I decided to complete my Bachelor’s degree at the expense of missing a show or two a week. Only one understudy had been trained when Show Biz Isopened, but there were plenty of people waiting in line who wanted to perform as Donald in the show. Granted, they were a little taller than the ideal four feet for the Donald Duck costume, but hey, we don’t live in a perfect world, right?

I knew that supervision couldn’t just go to the pantry and open up a can of Donald Duck subs to cover me in the show. It would take time to teach another sub the intricacies of the show. So, two monthsbefore classes began (more than enough time to rehearse a flock of Donald Duck subs), I told character supervision of my decision to return to school, and that I needed to be replaced for the last show on Tuesdays and Thursdays, but was still available to do the other twenty-threeshows each week.

They said they’d get back to me.

A couple days later . . . a few hours before the parade, one of my supervisors informed me that they were unable to accommodate my request and that I’d have to put my matriculation on hold. Instantly, I felt the veins in my neck swell and throb.

“Okay,” I said, and calmly left the office.

I was outraged at their unwillingness to work with me. The fact that I had been overlooked for leadership positions within the department only added insult to injury. When I expressed an interest in those positions, I was told that I was more valuable as a Duck. Working in Characters was something I never wanted to do to begin with, but I did it, and did it well. Apparently, too well for my own good. I saw myself as much more than a Duck. I had other talents they didn’t know about. The idea that they saw me in such a narrow-minded way infuriated me.

The daily Magic Kingdom parade was advertised in hundreds of thousands of pieces of literature all over Walt Disney World and around central Florida. The parade that year was Donald Duck’s 50th Birthday parade. It so happened that the same day Character supervision informed me of their denial, I was scheduled as the birthday duck who rode on the finale float. I was not going to be denied the opportunity to finish my degree. I knew exactly how to handle the situation and it would be handled before I clocked out that day.

At 3:00 o’clock, the parade rolled into the park and I leisurely began to put on my costume pieces, same as any other day. I chatted with co-workers as the float motored to within a few yards of being seen by the public. Then, at the last possible minute before my float rounded the corner and I would have been seen by tourists, I announced —

“I don’t have any duck gloves!”

The float lurched to a stop and chaos ensued.

I stood atop the float completely dressed as Donald Duck with my own brown head and arms exposed, with a Donald head in my hands waiting for a pair of duck gloves to magically appear. As the seconds turned into minutes, I gave serious thought to my situation. If a pair of gloves didn’t appear right away, I might not have a job to conflict with my classes.

Wardrobe scrambled like mad to find a pair of duck gloves, but there were none in sight. All of the parade crept along Main Street USA, waiting for the finale float I was standing on to join the party. Sully, the park’s Operations Vice President, a man who had a hardcore, old school, military background, was livid about the disruption.

Miraculously, someone ran up to the top of the float with a pair of gloves and helped me into them, slammed the Donald Duck head onto me, and stuffed neck cloth into sailor shirt. The float raced a breakneck speed around Town Square to catch up with the rest of the parade. I wobbled around precariously like I was surfing.

Midpoint during the parade on the Liberty Square bridge, someone yelled to me that Mike, the director of Magic Kingdom Entertainment, wanted to see me in his office immediately after the parade. I knew my goose was cooked.

During the brief meeting, I never mentioned returning to college. Mike never called my guilt or innocence into question; he simply delivered a single message from Sully: people have been fired for less.

I did, however, enroll for classes.

A few weeks later, on the first day of my class meeting, as usual I performed in the first four shows. At fifteen minutes before the 6:00 o’clock show with a theater full of tourists, I went to First Aid, complained of some illness and was sent home. It was a calculated move on my part — I knew that the one and only Donald Duck sub had left work hours ago.

In short, there was no performance of the 6:00 o’clock show that Tuesday, or the following Thursday. My supervisors wanted to pull me from the show entirely, but the show directors turned out to be my guardian angels, my saving grace. They wanted me in the show and their wishes overrode everyone else’s, so that was the end of that.